Why Do Dogs Eat Poop?

Dogs eating their own poop is not as uncommon as some people may think. In fact, a 2012 study presented at an annual conference of the American Veterinary Society of Animal Behavior reveals that one in six dogs are “serious” stool eaters that have been caught in the act five times, while 24% percent were seen eating feces at least once.

While it might not be your dog’s intention to gross you out, fur parents and people in general can be so disturbed by it that they might try to rehome a dog.

It’s important to note that there are psychological and behavioral reasons that cause dogs to eat pet waste. That being said, there are also ways to discourage this habit and it starts by understanding why they do it in the first place. Thus, here are some of the reasons that dogs eat poop:

They Want Your Attention

If you haven’t been paying attention to your canine friend, they’ll naturally try to find ways to get a reaction from you. So, if you overreact when they eat their poop, it sends the message that this kind of behavior is what will make you pay attention to them.

The next time they do this, try to react calmly and discourage this behavior without being forceful or resorting to yelling. Calmly call their name and avoid overreacting. This way, you’re telling your dog that this kind of behavior is not the proper way to get your attention.

They Associate Poop With Food

Dogs associating poop with food often happens when their food bowl is close to where they defecate. It can also happen when a pup smells pet waste on their mom’s breath, thus forming the bad habit of associating food with poop. Keep this from happening by practicing swift and proper dog waste removal. Make sure to place their food bowl in an area that is far away from where they eliminate.

Like humans, dogs can get stressed. This can happen when they’ve been confined to a small space or isolated for a prolonged period. Dogs who are also punished harshly because of training difficulties tend to eat their waste to keep themselves from being scolded later on. Other causes for canine stress can include separation anxiety or lack of activity.

If you don’t want your dog eating their poop, keep their stress levels low by playing and bonding with them, letting them roam a bigger space, and allowing them to interact with other dogs.

Coprophagia, which is the medical term for dogs eating their poop, can be caused by a disease in the intestines or other parts of the body. The poop your dog eats is what can lead to stomach discomfort, infection, or other health problems. In this case, speak to your veterinarian immediately so they can determine whether your dog has serious health concerns.

To ensure that your dog doesn’t pick up this bad habit, calling a pooper scooper service like K9 Doodie Patrol can help keep your premises clean. By working with our dog pick up services, your home will be free not just from poop but from any residual odors that might encourage this behavior.

How to Keep An Old Dog Happy and Healthy

Why Do Dogs Eat Poop?

Solving a Dog Poop Problem in Your HOA

10 Reasons To Clean The Poop 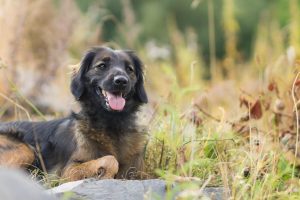 Why Adopting A Dog Is A Better Option

Have A Refreshing Summer With A Clean Yard 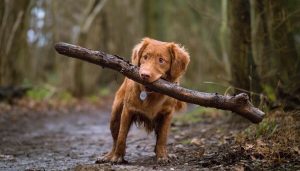 Why Should You Pick Up Your Dogs Poop?

K9 Doodie Patrol is a professional pooper scooper company that keeps you & your pets healthy. We are a family run business and with our service, you can once again enjoy your yard.

We will need to know the size of your property, the number of dogs you have, and arrange a personal meeting that is convenient for you.

K9 Doodie Patrol is a professional pooper scooper company that keeps you & your pets healthy. We are a family run business and with our service, you can once again enjoy your yard.

We will need to know the size of your property, the number of dogs you have, and arrange a personal meeting that is convenient for you.